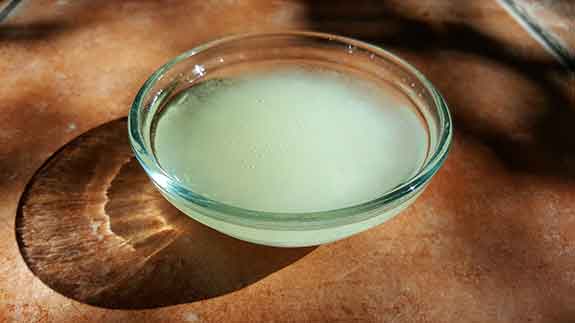 ​Coconut oil is becoming increasingly popular. It has been used for a long time, particularly for the skin, e.g., against infections, acne, and eczema, and as a natural repellent against insects. It has a long tradition as a home remedy, especially in Asia. But the vegetable oil that is extracted from the pulp of the coconut also has other advantages. That’s why many also use it for cooking. Because coconut oil can also be a helpful companion in the kitchen, not only can it have a positive impact on health, it also impresses with its unique taste. But why is coconut oil so good for cooking? I’ll give you three of the many benefits of cooking with coconut oil.

Particularly suitable for roasting and stewing

Because coconut oil is compelling in the frying pan, as it has a significant advantage over other vegetable oils: it is very heat-resistant in comparison. Many oils have a comparatively low smoke point, so smoke is generated even at relatively low temperatures. When roasting, a smoke point that is too low can have unpleasant consequences:

the oil splashes out of the pan, which can cause dirt in the kitchen .or even burns if it comes into contact with the skin, the food is no longer optimally fried, and it can burn and smoke formation, pollutants such as toxic acrolein can even be released, which can have a carcinogenic effect under certain circumstances.

Many who follow a vegetarian or vegan diet have problems finding MCTs that are suitable for them. Coconut oil can be a solution here because it is 100 percent vegan and even has a higher MCT content than many animal fats:

When oils are refined, not only are many valuable ingredients lost, the taste is also primarily neutralized. Refined coconut oil or coconut fat does not differ in taste from other refined oils.

Cold-pressed coconut oil is not only healthy but can also give your dishes a whole new touch. Coconut oil is particularly popular with Asian dishes, but steamed meat, fish, and vegetables can also benefit from the light coconut aroma. This also gives the kitchen a pleasant scent. And don’t worry: Despite its sweet taste, coconut oil does not contain any sugar.

Coconut oil is an exceptional oil that can be used as a home remedy and one of the best vegetable oils for cooking. Due to its unique composition with many MCT fatty acids and, mainly, lauric acid, it is especially suitable for a low-cholesterol diet fat burned faster. It also contains many polyphenols and vitamins that can continue to have a positive effect on your health.