What Are The Health Benefits Of Cinnamon? 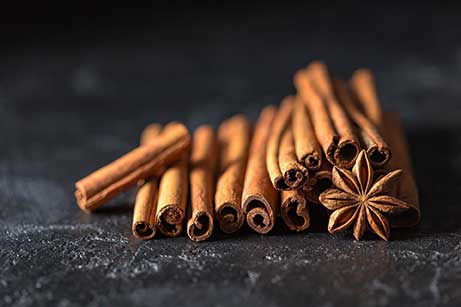 Cinnamon is one of the oldest spices that has been known for its medicinal properties. It not only enhances the flavour of our food but also helps in treating a number of ailments. From being rich in antioxidants to help in weight loss, cinnamon has a number of health benefits.

Just to let you know, cinnamon’s medicinal properties are a result of a compound called cinnamaldehyde, which is present in higher concentrations in cinnamon. According to studies, cinnamaldehyde is the main reserve of the antibacterial and antifungal properties of cinnamon.

Although there are a number of cinnamon species, the two most popular cinnamons: Ceylon cinnamon and Cassia cinnamon.

What Is Cassia Cinnamon?

Cassia cinnamon is the most popular and commonly used cinnamon variety. Because it is cheap and considered as low quality, it is readily available at the grocery stores and sold as a basic spice. It is more likely that the cinnamon bottle you have right now at home is Cassia cinnamon.

About its origins, cassia is obtained from the Cinnamomum cassia tree and is native to Southern China. Due to this reason, it is also known as Chinese cinnamon.

It is dark brown in color and has a rough texture. About 95% of cassia cinnamon oil contains cinnamaldehyde which gives a very sharp spicy flavor.

What is Ceylon Cinnamon?

Ceylon is high variety cinnamon which is a native to Southern India and Sri Lanka. It is also known as “true cinnamon” and is obtained from the inner bark of the Cinnamomum tree.

Ceylon is light brown in color and the sticks contain a number of tight layers. It adds to its high quality and smooth texture.

Ceylon is one of the most popular cooking spices and is often, expensive than the rest of the cinnamon varieties. It has a smooth and mellow sweet flavor.

About 50-63% of the essential oil of Ceylon contains cinnamaldehyde, which makes it milder than cassia yet flavourful.

Now that we have discussed the main types of cinnamon, let’s throw some light on its benefits.

Cinnamon May Help In Treating Diabetes

The most promising health benefit of cinnamon is its ability to manage type 2 diabetes. Due to this reason, many health experts recommend diabetic patients to include cinnamon in their diets.

Again, cinnamon is an excellent weight loss agent. When taken regularly for some time, it melts down the unwanted fat layer and speeds up the weight loss process. Also, it helps in curbing the hunger pangs and sweet cravings (thanks to its naturally sweet taste) which further helps in cutting down unnecessary calories.

Including cinnamon in your diets can increase the good cholesterol (HDL) which then helps in lowering bad cholesterol. Also, it slows down the conversion of carbs into blood sugar.

According to some studies, cinnamon also reduces the bad effects of the high-fat meals which may be harmful if taken in the absence of cinnamon.

Apart from these main benefits, cinnamon is also rich in :

These were just a spoonful of the health benefits of cinnamon. This wonderful spice has much more to offer. For enhancing the taste and for improving overall health, one should definitely include cinnamon in his diet.